Recently scholars have extended their attention beyond the constructions of nation (Hobsbawm & Ranger 1992) to notions of internationalism and globalisation (Stokes 2012). Simultaneously, there has been a move away from inscribed forms of knowledge towards those embodied in ‘performance’ (Taylor 2003). This project responds to these currents with a comparative study of three highly significant events taking place between 1892 and 1893: the Viennese International Exhibition of Music and Theatre, the Columbian Historic Exposition of Madrid, and the World’s Columbian Exposition held in Chicago. These three encounters displayed the breaking of status quo between the European Monarchies and the American Republics. Beyond the themed matters, these three exhibitions were a turning point of diplomatic relations in a changing moment of representation of nation in terms of culture. The arts management patterns displayed on these international exhibitions, especially those related with music, became a fruitful symbol of empowerment and civilization.

Although these exhibitions were extremely different in terms of size, repercussion, and themed area, the three shared a cluster of common organisers and interlocutors. Furthermore, the active engagement of a selected group of cosmopolitan women on these events highlights how music the management and patronage patterns related with elite networks go beyond the analytical categories of nationalism. In addition, these encounters represented an arena where different social groups, such as old aristocracy, liberal professionals, and economical bourgeoisie displayed their power and identity struggles. These intergroup tensions mirrored the unstable economical balance between the musical patronage typical of the Ancient Regime, the State commission, and the emerging globalised music industry, rooted in the economic framework of the electric revolution and the colonial expansion of capitalism.

The main goal of this project is to investigate the role of International Exhibitions in the standardisation and globalisation of musical practices, labelled as Western, at the turn of the 20th century. The main research sources are bilateral diplomatic papers, the catalogues of manifold exhibited objects, personal correspondence of individuals involved on these three events, and a selection of different media records, such as traveler reports, social chronicles, and musical criticism. Through a methodological approach based on the historical social network analysis, the aims of this research project are (i) to investigate the origins of the musical industries based on entertainment and tourism, (ii) to research the emergence of the ‘Western music’ as a canonised global trademark, and (iii) to evaluate the role of inter-nationalisms in shaping narratives of the academic discourses. 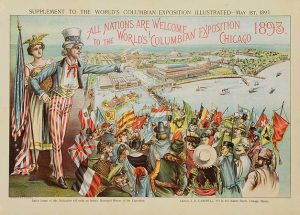 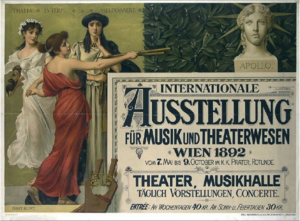