Between 19th and 20th Century.

In some international exhibitions, at the end of the 19th century, music covered a preeminent role, as in the International Inventions Exhibition – London 1885, the Esposizione Internazionale di Musica – Bologna 1888, and the Internationale Ausstellung für Musik und Theaterwesen – Vienna 1892.

At international exhibitions, a great amount of music-related objects were displayed and/or sold: musical instruments, playback tools, writing tools. Consulting the catalogues and the commentaries of these exhibitions it is possible to find very curious names of items, followed by very short descriptions or no information at all. Among them is the Pyrophone, a flame organ with glass pipes, working with hydrogen, illuminating gas and electricity, or the Melografo Elettrochimico, a complex tool to write music, or the most precious Swiss-made music boxes with the latest mechanical apparatuses, giant instruments and other patented inventions for playing, listening or writing music.

These objects could convey the impression to be strange because they brought at extreme consequences technological discoveries, applied to the musical field, or because they tried, failing, to create or expand a new market. These peculiar aspects make them particularly interesting and worth of attention.

A matter that has been until now neglected is how international events influenced the circulation of these “unusual” musical technologies and which kind of relations this circulation triggered and, in turn, was triggered by. 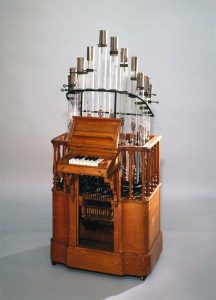 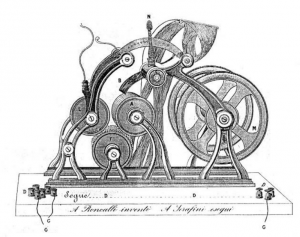